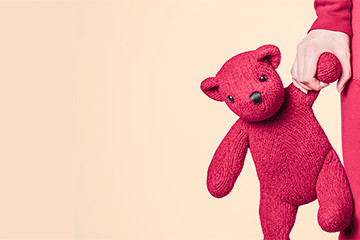 Hope. It’s that feeling you get the night before you open all your gifts. (Ryan McGuire | Bells Design)

Yes. We’re doing it. We’re really doing it! A December storytelling night perfect for the holidays. Join us 7 p.m. Sunday, Dec. 20, at the Push Comedy Theater in Norfolk, Va., where we will tell stories inspired by the word “hope” and the song “Better Days,” by Rufus featuring Chaka Khan.

How is this show different than the others? This month, much like our very first show, we tracked down and asked a bunch of people to share their personal stories. However, this time our selections are based on suggestions from former storytellers as well as our production staff,

We got a lot of “no’s.” Let’s be honest, standing up in front of a bunch of strangers to tell a personal story can be intimidating. The storytellers named below, however, graciously agreed to join us. We’re grateful for their time, talent… and bravery.

We hope you’ll enjoy the show!

If all goes as planned, and with the permission of the storytellers, each story will be recorded and posted individually episodes for the Tell Me More… Live podcast.