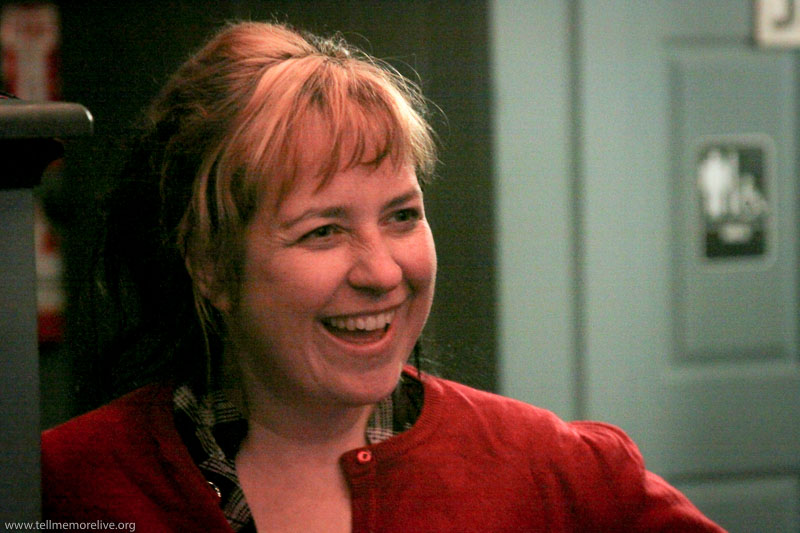 Once upon a time, Amanda Page Stevens’s father bought her a coat, and it lived with her through the punk scene of the ’90s. Find out how it followed her through an era of anger and rebellion.

Amanda Page Stephens, a Norfolk native, is an artist who is highly active in the Hampton Roads arts scene. As a high school student, she went to the Governor’s School for the Arts in Norfolk and attended an arts program at the Maryland Institute College of Art and Design. In January of 1996, she began studies at the Art Institute of Chicago. Her art has appeared in solo exhibitions as well as a variety of group shows. Recently, she started taking improv classes at the Push Comedy Theater, and she joined us as a storyteller January 2016.

Content warning: Each episode potentially contains mild to strong language as well as adult themes – including descriptions of sex and violence. This episode is clean enough by our standards. There may be a swear word or two.
Subscribe to our podcast: iTunes | Android | Stitcher | RSS