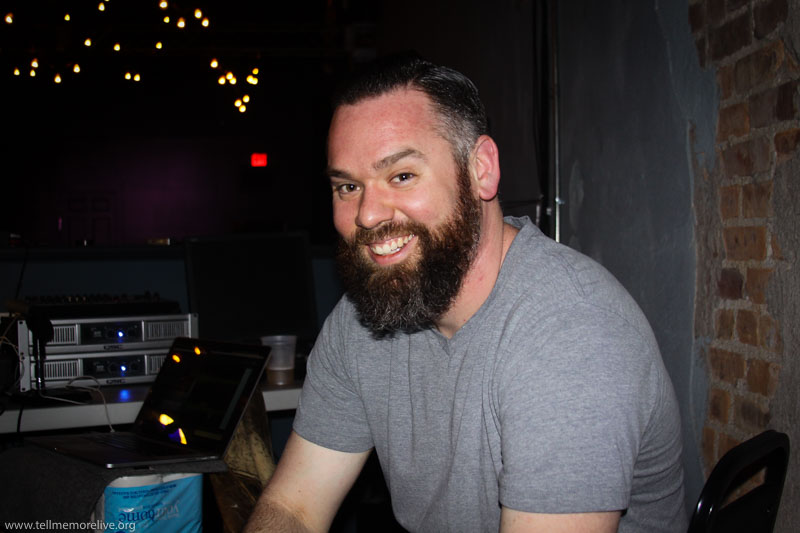 Brendan Kennedy, our live host, noticed something peculiar, went to the doctor, and had something semi-peculiar happen to him. Who says men can’t talk about their injuries

Brendan Kennedy shared a story to get the night’s featured storytellers – Bryan Lewis, Ryan Quinn McIntire, Alina Sahakian, Patrick C. Taylor and April Shannon Threet – primed to tell their own. Each told a story inpired by the word “injuries.” (We played a playlist based on the song of the night, “Ambulance,” by Blur.) We thought the theme could inspire stories of broken bones and broken hearts, but we were open to wherever it would take them.

About Tell Me More… Live Storytelling: Everyone has a story, and there are plenty of storytelling events and podcasts around the world to showcase them. We’re not that different – except we tell stories from a small stage in a mid-size military town. We host a regular storytelling night at the Push Comedy Theater in Norfolk, Va. We showcase storytellers sharing stories inspired by one-word themes. For upcoming shows, please see our schedule here. If you have a story that you think fits one of our themes, sign up here to be considered for the stage.