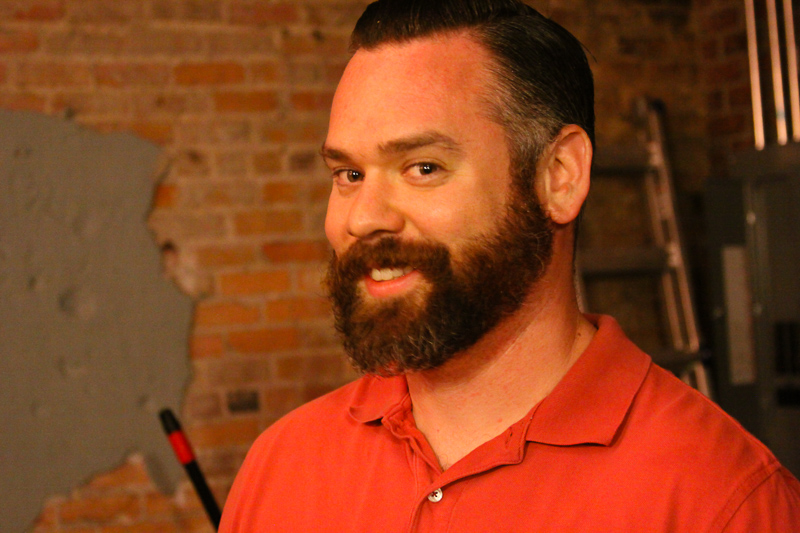 Brendan Kennedy, the guy second from the left, is our host, and he occasionally breaks out a story of his own. (Photo: Amber Nettles)

Sometimes our live host Brendan Kennedy will tell a story at the beginning of the show. In August, Brendan compared what it’s like to schedule “Netflix and chill” time with his wife to how it used to be when they were dating.

Brendan Kennedy is a comedian and longtime storyteller. Previously, Brendan hosted a storytelling night at the New Belmont in Norfolk. He and comic CB Wilkins produce What’s a Podcast podcast. And both have organized, hosted and performed at a number of comedy nights in and out of the Hampton Roads area. Follow Brendan and CB on Twitter to take in their 140-character wit and wisdom and find out where they will perform next.

Brendan Kennedy on “Netflix and chill”