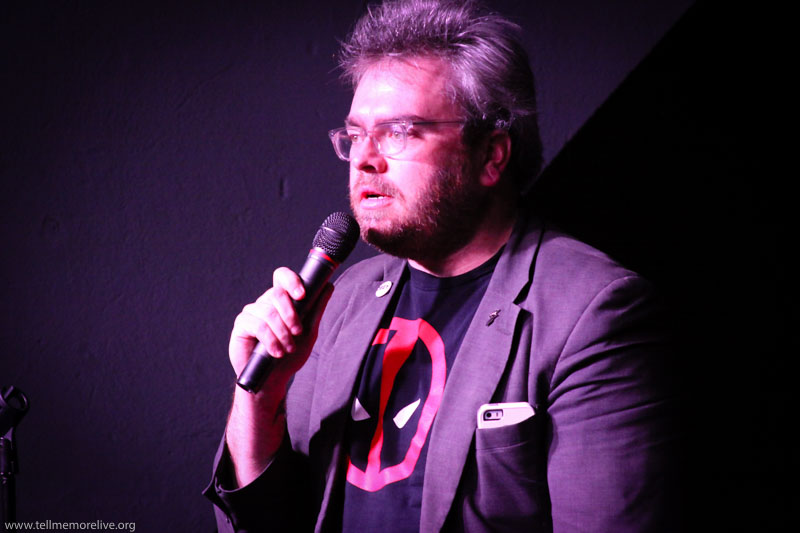 Bryan Lewis was just trying to do his job when the unexpected happened. Someone shot him. That’s the kind of line that makes your ears perk up, isn’t it? After that, you’re asking, “Who?! What?! How?! Where?!” In this podcast episode, Bryan answers your questions and then some.

Bryan, Ryan Quinn McIntire, Alina Sahakian, Patrick C. Taylor and April Shannon Threet came out to tell stories inspired by the word “injuries.” (We played a playlist based on the song of the night, “Ambulance,” by Blur.) We thought the theme could inspire stories of broken bones and broken hearts, but we were open to wherever it would take them.

Bio: Bryan Lewis is a local musician and comedian who has performed throughout Hampton Roads. His bands have included The Gloom! and Humanoids From the Deep.