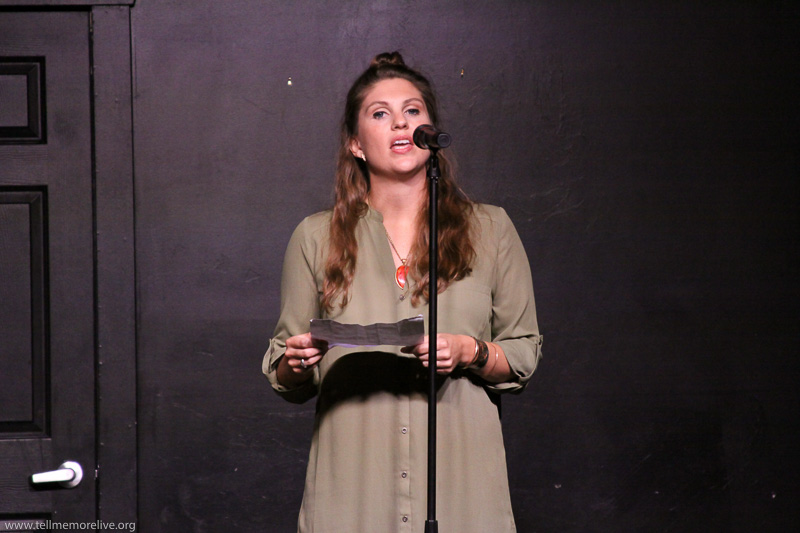 Sarah Hill shares how a candle became a running joke between her and her best friend. A joke turned metaphor illustrating their bond.

Sarah joined us during our NEON Festival collaboration with ViBe Story Exchange. The night featured storytelling with a creative twist. After telling their stories, the storytellers were followed by an artist presenting an interpretation of the story they just told. Spoken word poets Neisha Himes and Stephanie Lask interpreted Sarah’s story.

“They say there are two ways of spreading light.
Be it the candle or the mirror that reflects it.”
– Stephanie Lask and Neisha Himes

Sarah Hill likes to tell stories. She’s lucky enough to do that for a living, and between her career and living in Norfolk, she pretty much considers herself living the dream. Her favorite thing is to share stories with other people and turn strangers into friends.

Neisha Himes aka Beautiful Dizaster is a writer/spoken word artist. Raised in NJ, Neisha began performing once moving to VA, falling in love with the art. Known for her passion, she often shares tales from the heart, including her survival of Domestic Violence. Her hope is that her words will inspire others to turn their pain into purpose.

Stephanie “Steph Love” Lask is a spoken word artist, graphic designer and web designer from Virginia Beach, VA currently residing in Norfolk, VA. She is a graduate of Norfolk State University receiving her Bachelor’s Degree in Graphic Design in 2005. Inspired by music, art, and life experiences, she has built a catalog of poetry that has topics for any crowd, and is mostly known for her poems about the state of hip hop music.

This episode is clean.