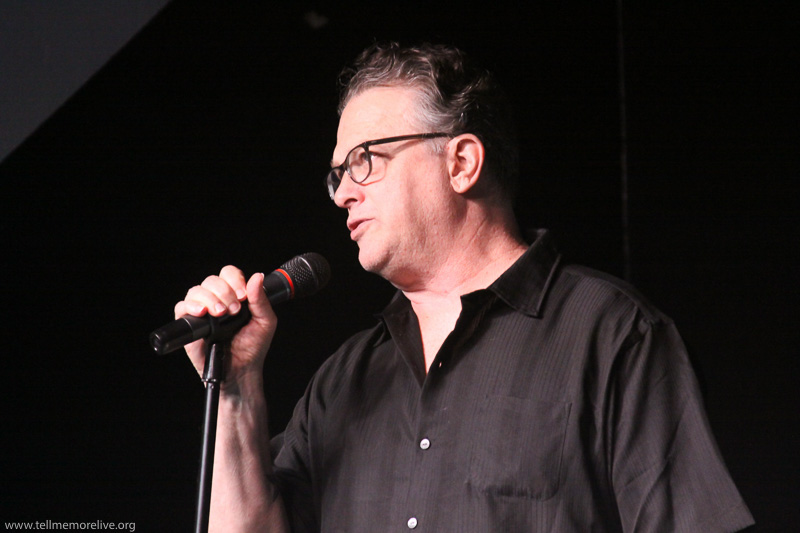 Dad expects so much. Children do too. Ernie Smith, who takes the stage after a long hiatus from any stage, had expectations of his father, and his father of him. All of it can lead to cheating one and the other of time together.

Ernie on Ernie: My wife Heather and I are local indie filmmakers. In the past six years, we’ve made over a dozen films. Many of which have gone on to film festivals around the country and the world, where they have won numerous awards. In what seems like another lifetime ago, I was also the lead singer and writer in a band. That band was semi-successful, performing from Boston to Austin and all places in between. Other than making movies, I love taking photos of people. This will be my first time performing in front of a crowd in over a dozen years.

This episode may contain some strong language, but, really, not much.

Ernie Smith greets his friend, Pam Good, before telling his story about his dad. (Amber Nettles)