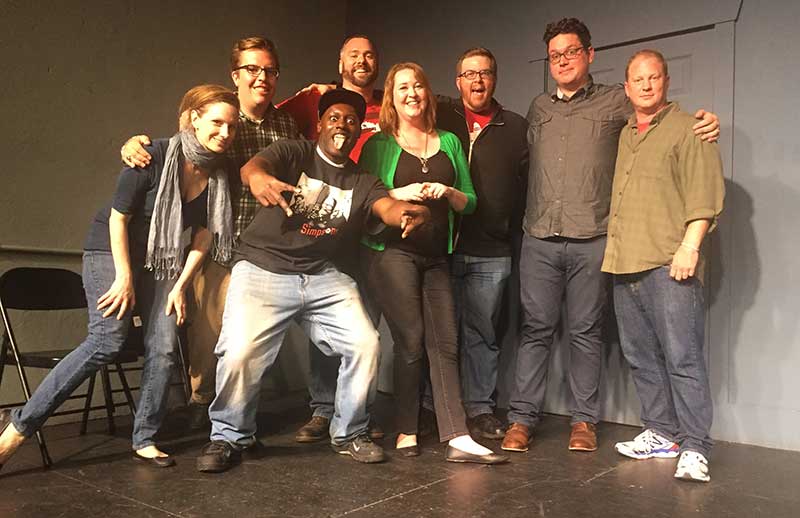 You have heard Brad McMurran’s story on through the grapevine or read a bit about it a long time ago on Facebook. Hear it now straight from McMurran’s mouth!

Brad McMurran joined us for the April show to tell a story based on the word “evolutions.” He had two stories, but he narrowed it down to one – the one about that time he just wanted to get drunk and, maybe, screw. What he got was something he sorely needed.

If you’re wondering about this man and who he is, we pulled his bio from the Push Comedy Theater’s about Brad page: “Brad McMurran is the founder of The Pushers Sketch and Improvisation Comedy Troupe. He is the co-head writer, performer, and artistic director of the Push Comedy Theater. Brad studied acting in college, trained in improvisation at Upright Citizen’s Brigades, and is the co-writer of Cuff Me; The 50 Shades of Grey Musical Parody (which played off-broadway in New York for the past year). Brad has been writing sketch comedy for ten years and is pleased as a pickle to be opening up this theater in Hampton Roads. McMurran is a graduate of Old Dominion and enjoys pizza.”

And now for the rest of Brad McMurran’s story